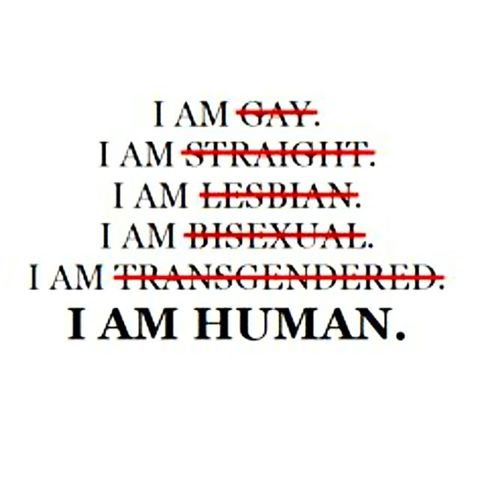 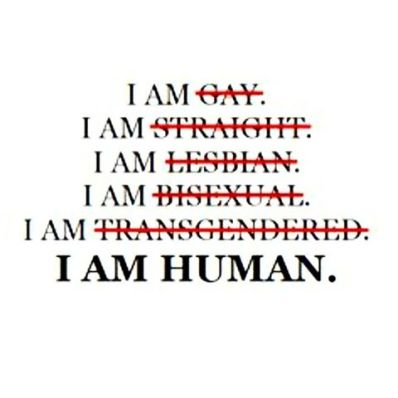 So I was doing some catching up on my wonderful friend’s blogs, when I stumbled upon this post from Em, about discovering sexuality. In this post, she says an interesting thing (the whole point of this post, in fact). She says “Although labels can help some people to identify themselves and pinpoint their position on that spectrum, I personally don’t want to label myself with a particular sexuality as I know I’m not 100% sure what my sexuality actually is.” It got me thinking. Do we actually need to label who we think we’re interested in?

Don’t get me wrong, I’m not going to say your way of doing it is right or wrong. If you don’t feel you fit anything, go you. If you feel you do, go you. For me, I find labels really helpful. I’m the kind of person that writes lists of pros and cons to make choices, who wants to define the relationship as soon as a tiny crush starts blossoming. And in this case, as soon as I started thinking about girls, I leaped on the title of “bi”. I like order, and I like to know that I’m not alone. I think that that’s such an important thing, because being part of the LGBTQ+ community is really isolating, especially if you aren’t just gay or lesbian. When there’s a whole group of us who say we like boys and girls, and give ourselves that label, I know that I have a whole heap of people on my side. Not that I need my feelings justified, but it is nice to know that I’m not one lonely weirdo.

For people like Em, though, it’s not that easy. I think it’s equally as important to say hey, you don’t have to be sure! No one has the right to say that you’ve got to pick a label to make everyone else’s lives easier. Experiment, change your mind and change it again, do whatever it is you need to do before you find something you want to stick with. There’s such a huge pressure to make people fit into these little boxes, that a lot of people feel they don’t fit at all. I feel like the community think that if you aren’t saying “I’m here, I’m queer!” every time you walk into a room (reference? Am I funny?), you aren’t representing the community enough. That’s not the case at all, so can we stop that rule right now, please?

Here’s where it becomes a problem, though. When searching up the acronym, I came across this as the official full one; “LGBT(GGGGBTTTTQIAAAAAPPOODSSCTB) –
Lesbian, Gay, Gender queer, Gender fluid, Genderless, Gynesexual, Bisexual, Bigender, Transexual, Transgender, Transvestite, Two-Spirited, Transitioning, Queer, Questioning, Intersex, Asexual, Agender, Ally, Androgenous, Androsexual, Pansexual, Pangender, Omnisexual, Omnigender, Demi sexual, Straight, Skoliosexual, Cisgender, Third-Gender, Boydyke.” This is where, to me, it gets a bit ridiculous. I mean, obviously straight can get out, otherwise we’re listing literally the entire world as part of the community. But then, t ake me for example. I’ve dated a couple of guys, but never a girl. I’m bi though, I’m 99.9% sure of that. Girls are just beautiful creatures, alright? So, I identify as bisexual, gynesexual (attracted to females), queer, androsexual (attracted to men). That’s a heck of a lot of things for one cis chick. Technically, two of those are generally used by non-cis people, but from the general definition I got I could still use them.

The problem, you ask? Well, a lot of people don’t take the community seriously. It’s full of butch lesbians, fabulous gay men, bi people looking for threesomes (if we exist at all), and, if you’re lucky, men who wear dresses for some weird reason. Then people go and add all those other labels… I’m not at all saying they don’t exist, of course they do. I’m just wondering if it’s been overdone a teeny bit, considering the struggles the community faces as it is? Why not work on trans people actually existing and being allowed to use bathrooms before we start working on the million and one different labels around their sexuality? I know, easy for me to say, I’m part of the “bigger” ones. I’m not putting me first though! I’m putting bi erasure way down the list of LGBTQ+ problems, don’t worry. I don’t know, just food for thought.

If you do fit into one of those, you’re still valid. If you don’t, cool. If you aren’t sure, also cool! You be you. Maybe we need to pick our fights though. And maybe forcing people to pick a label, even if it is “just” gay, or something incredibly specific, isn’t the fight we need to be fighting right now?

91 thoughts on “Sexuality – Do We Need Labels?”